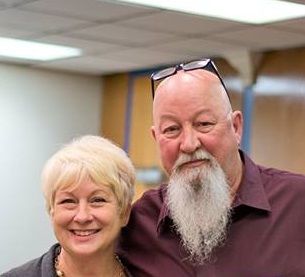 Bill and Rhonda Lovell were sworn in as advocates on October 2, 2018. This husband and wife duo chose a sibling case with three children. The bond formed between them and the children is admirable. Bill and Rhonda played an active role in the children’s lives while maintaining the objective of the children’s best interests. The older kids have their names saved in their phones as “Mama and Papa Bear”. Like a Mama and Papa Bear, Bill and Rhonda did not let any obstacles get in the way of making sure these children had the best possible outcome for their case. The two older children were in their placements even before coming into care, and the younger child was placed in the same home as her sister. In the end, custody of the children was transferred to their caregivers and everyone was happy! During the course of the case, Rhonda picked up another case involving siblings, and she is currently advocating on that case. CASA is very fortunate to have such dedicated advocates like Bill and Rhonda serving our community. Thank you both for all you do for CASA and the children.
Bill and Rhonda will be receiving an embroidered polo shirt donated by Shelly Toups at Artistic Embroidery.